This one will be a favorite of anyone who likes a Vodka Tonic.  The recipe is easy and the rewards are great!  One of the keys to any St. Patrick’s day drink is the color – and while the Seven Jars Pickleback Vodka provides a natural green color, the ratio of clear tonic water does take some of the green out.  For the real Irish green, you can add a drop of green food color.  OR you can just drink it so fast that no one really notices the color…

Print Recipe
The Green Leprechaun
A tasty (and colorful) variation on the traditional Vodka Tonic... 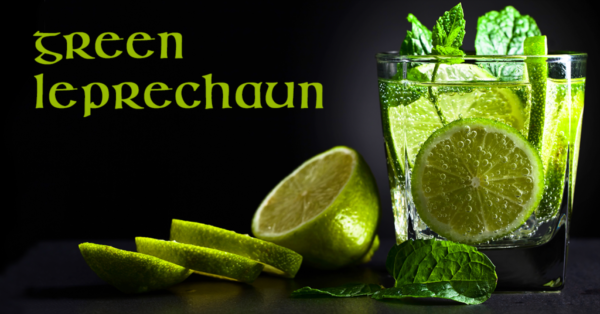 Ingredients
Instructions
by Del Ratcliffe with One Comment Vodka Recipes

Although we specifically crafted this cocktail for St. Patrick’s day, you can enjoy it anytime of the year!  This is one of those drinks that surprises everyone.  If you want to put on a show, follow the recipe and create a drink that magically transitions shades of color.  Once stirred, it will be a rich, vibrant green.  The REAL surprise comes when you taste the drink – light, refreshing and something totally unexpected in flavor!  This is one you want to be sure to have in your cocktail arsenal!!

Instructions
by Del Ratcliffe with No Comment Vodka Recipes

Fortunately, the Bootlegger’s variation is actually a popular cocktail in itself, and utilizes our Seven Jars Vodka. Many people are unaware of the fact that that this popular drink is actually just a Margarita made with Vodka instead of tequila! There are other slight differences, depending on where you order it though. In some locations, a Kamikaze is served as a shot in a shot glass. Others differentiate the Kamikaze from the Margarita by serving in a martini style glass instead of a lowball glass. Most every version of the Kamikaze deletes the kosher salt rim (as does ours) but that is truly optional. All of the choices are up to you, but we are offering this version as a true variation on the traditional Margarita by simply substituting our Seven Jars Vodka for the tequila. 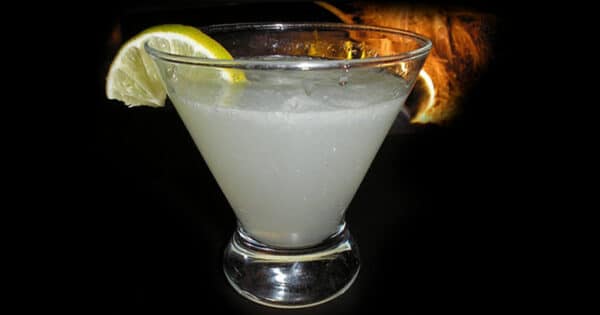 Ingredients
Instructions
by Del Ratcliffe with No Comment Vodka Recipes

As promised, here is the second classic cocktail that does not use a Seven Jars product. Tequila is not only unique in its flavor (and effects!) it is also something we could not produce even if we DID have a recipe from The Bootlegger. All tequila must come from Mexico, and more specifically produced from blue agave grown in certain regions of Mexico including Tequila and parts of the Mexican state of Tamaulipas. By law, any spirits produced from Blue Agave plant outside this region is simply classified as “Blue Agave Spirits”. Yet a classic drink list would be remiss to not include this popular cocktail. Fortunately, the Bootlegger’s variation is actually a popular cocktail in itself, and utilizes our Seven Jars Vodka.

We already admitted that the Cosmopolitan made this list largely due to this variation. Substituting strawberry shrub for cranberry juice is a great way to change virtually ANY drink into something totally new and different. However, when done with a Cosmopolitan, you create something that will have your friends raving about your talent and knowledge – not to mention having them coming back for more!

So there is some credibility to the argument that the Cosmopolitan cannot be considered a “classic” cocktail, certainly not in a list of drinks that were popular in a prohibition era. However, we are including it in this list simply because of the variation! The Strawberry Cosmopolitan utilizes a strawberry shrub, which was very popular during prohibition (and in fact long before that due to lack of adequate refrigeration). SO, even though the Cosmopolitan didn’t really come about until sometime in the 1980’s, when made with Seven Jars Vodka it is so good, and so popular among the ladies that we felt it deserved a place in this collection.

A MUST TRY if you like a Dirty Martini – and it will change the way you think about “dirty” drinks. We take the classic Dirty Martini recipe and substitute Seven Jars Pickleback Vodka for the Vodka!

Instructions
by Del Ratcliffe with No Comment Vodka Recipes

THIS is the secret to a GREAT Bloody Mary!

(Seven Jars Vodka) Okay, so there are two ways to do this one; you can make it from scratch, or you can buy a mix. If you choose to go with the mix, the recipe is simple; 2 oz of Seven Jars Vodka to 8 oz of mix. (Our all-time favorite in this category is McClure’s Bloody Mary Mix) If you want to make your own, here is the classic formula for success: